OVER 40 YEARS EXPERIENCE IN BASEMENT WATERPROOFING

After having seen just about every possible scenario and the various ways to fix things, Steve was ready to go out on his own and established Gold Star Waterproofing in 1991. Steve’s son Nate recently graduated with a degree in physics and has joined the Gold Star team. With his background, Nate brings a whole new perspective as he joins the business as the third generation to handle basement waterproofing.

Steve is known for being able to diagnose difficult problems as well as efficiently solving straight forward leaks. He has inspected thousands of wet basements in the greater Grand Rapids and Holland areas.

Our extensive experience is what sets Gold Star Waterproofing, LLC, apart and makes us a valuable asset to home owners, management companies and real estate agents. 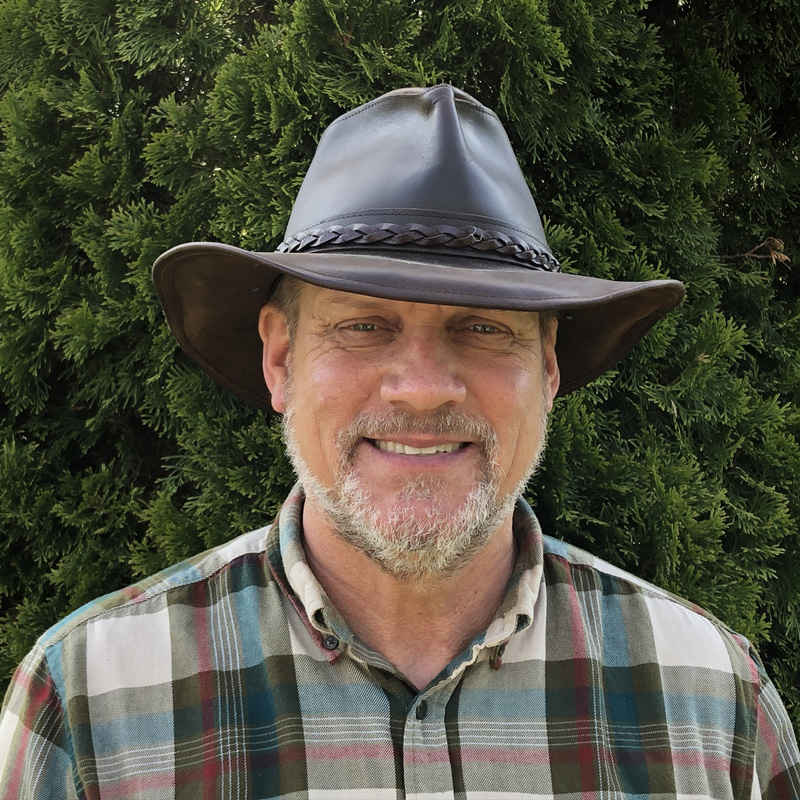 We keep your home & basement dry

Your home is one of your biggest investments. A wet basement can cause structural damage, ruin your belongings, and lead to bigger issues down the road. Gold Star Waterproofing, LLC, can help. We serve the greater Grand Rapids and Holland areas. If you have questions about water issues, call 616.531.8245 for a consultation and quote.

A wet basement can cause all sorts of issues. Whether you’ve got a flooded basement or need foundation waterproofing, we’ll come in and determine the cause, diagnose the issue, provide a solution and prevent the issue from happening in the future.

The most common cause of a leaking basement is a crack in the wall. Concrete walls can crack due to exterior pressure from varying soil conditions. We typically use urethane foam, panel method, or the outside method to fix the problem.

Creating good drainage around your home to keep rainwater from flowing in under your house, and stopping water from seeping through basement walls is essential. We can install drainage and vapor barriers to prevent future water in the crawl space.

Underground drainage away from house can be out of sight and prevent the accumulation of water that comes with not having an efficient system in place. A complete system can stop water coming through the basement floor and prevent rainwater from pooling around the exterior of the property, including in yards and gardens.

When I had Steve come over to look at my basement I thought it was going to be a huge problem. After he explained a solution and completed the work I was extremely happy with the cleanliness and efficiency of his work.

We’re preparing to renovate our basement, and wanted a professional assessment, as we had minor water intrusion years ago. I called several companies specializing in whole basement systems and they recommended Gold Star as a better option for my project. Steve showed up on time, assessed the problem, and recommended solutions without pushing for overkill. He had a quote to me the next day, and after getting a few more quotes, we decided to go with Gold Star, as they provided the most bang for our buck. Within a week, Gold Star was on site and fixed everything in one day, leaving no mess. All in all, a great experience.

We’ve used Gold Star Waterproofing for over a decade in many units in our condominium management portfolio. Steve is very responsive and quick to diagnose the problem. Gold Star prices are competitive and they stand behind their repairs. We highly recommend them.

When you came to my home to check for possible basement waterproofing you suggested I fill a crack in the foundation and build up the dirt to make a better run off. I did these things and haven’t had any issues. The day before you arrived, another company had come. They told me what I needed done and how much it would cost, all without even looking at my home. I’d like to thank you for your help but mostly for your honesty. It’s good to know there are still businesses that practice this quality.

We understand that every project presents its own unique circumstances, but this will give you an idea of how things may unfold.

We’ll visit your home to review the situation in person so we can get an idea of what we’re dealing with.

With over 40 years of experience, we’ve seen just about everything. But sometimes additional research must be done to determine the best way to handle your situation. Whether it’s a wet basement, water coming through the basement floor, or issues with your foundation – we can help.

We don’t like surprising our clients so you’ll always know what the cost of your waterproofing project will be before any work begins.

This is where the actual work begins – we’ll repair the water issue, prevent it from happening again, and offer any suggestions that may help in the future.

We want to make sure every client is completely satisfied – let us know how we did.

If there’s any other concerns you have, this would be a great time to address them.